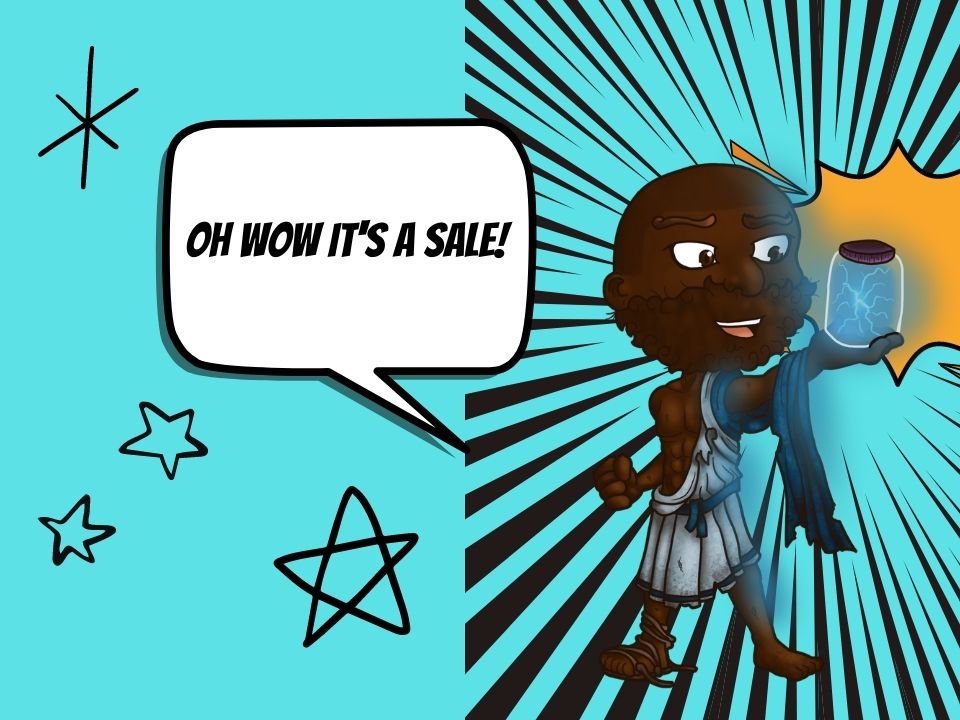 (At the time of penning this jubilant masterpiece) It’s been a while since I’ve sat down to write a blog post for this website. You probably won’t notice that because of the way I schedule my blog posts.

Anyway, the reason for that is due to the fact things have picked up pace, which meant my attention was drawn elsewhere. I was sure to make notes as I went about my bizzness so I could accurately report back on progress and what I have been doing, it is why this site exists. 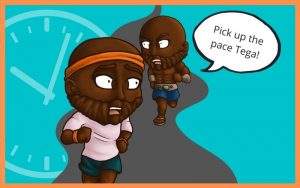 The last blog post was mostly a breakdown of what I envisioned my products will be. I broke things down to the point where I laid out exactly what the business is, the potential costs and the pathway through the business, and how we would move people from one stage of the buyer’s journey to the other. I also talked about what my core offer was going to be.

I hope the point you got from the last blog post was that I want to build things in a way that allowed prospects and customers to choose their own adventure and work with me in a way that works for them and their business, this was a result of going through the exercise and building mine/our Customer Journey Map.

Building it as a choose your own adventure type experience, means that clients/prospects can hop in from one level and hop to the other for whatever reason.

Now, getting back on track for this blog post, and the ALMOST clickbait title, “I Made a Sale…” well, I indeed did make a sale, and my was it a little weird how this happened…

Picking Up the Pace

When I say I was surprised by the sale, I don’t mean that I wasn’t expecting it. It’s just that it happened a lot quicker than I thought it would happen.

In terms of generating awareness, one of the things that I chose to do was guest expert sessions. And guest expert sessions, for me, allow me to cut down the amount of time it takes to build an audience for myself. I get to introduce myself to people that don’t know me, and develop know, like and trust in a shorter timeframe. 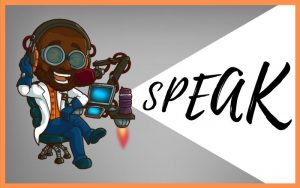 And one way to cut down the amount of time it takes to build this up is to do something for someone who has a similar audience to you. Point of note though, this should NOT be a direct competitor.

A good example of this would be a web designer or web developer having a strategic partnership with an SEO company. After your website is built, there needs to be an SEO plan in place so you can grab organic traffic from Google. So they’re basically not competing with each other but rather, complementing each other.

So that is how it’s going to work, in my mind.

If you’re not familiar with guest expert sessions, it’s basically me giving a talk on the thing I want to be known for so that I can share my expertise in front of people who will benefit from it and at the same time shortcut my audience building and cut down the length time it takes to build up know, like and trust.

And why is this so?

It’s because referred traffic is always going to convert a lot better and a lot quicker than cold traffic.

Thus, I held a guest expert session for a Facebook group I’m a member of.

This all started because someone in the group asked a question about hiring and delegating, which is what I do. From there, I just sent a link to one of my blog posts saying, “here’s how I would solve the problem. If you want me to walk you through the process, let me know.”

From there, the group leader got in touch and asked if I could hold a guest expert session on that topic.

My goal for the guest expert session was to answer the groups question on hiring and delegating and not hold anything back. I was so committed to holding nothing back that I even showed them behind the scenes of me actually going through the process because at that time, I had a client I was recruiting for.

Thankfully, everybody enjoyed the session.

A few days later, after the session, the group owner messaged me, saying “what you did was so good but I’m at a place right now where I haven’t got the bandwidth to actually hire and train someone because I’m so busy, but what would be ideal is if you and your team could actually help me do the things that I need to get off my plate which will then create room for me to hire somebody.”

And Thus The Coaches Tech Buddy Came to Be

That conversation is actually what led to the whole idea of the Coaches Tech Buddy business. What we do is we help the coaches who are too busy to either train somebody for their business or don’t want another information-style community.

They would hire us to basically do the work for them. Where we set ourselves apart is that we build their SOPs and rebuild their systems as we do that for them. That way, when the time comes to actually hire somebody, it becomes like plug and play, because the business owner can say, you are doing XYZ and here is exactly what to do. 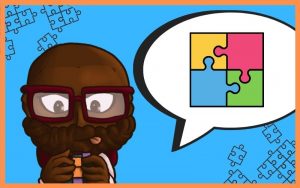 So we were able to onboard the group leader, who then became a client.

From there, I was in a networking meeting with a few of my friends, and I shared how I got a new client and explained the entire process, which they found pretty cool.

Then one of my friends wanted in on that same service, so I sent him the link to pay. He then settled the payment which was again, quite shocking to me because at the time of writing this blog post, there’s no sales page and there’s nothing to describe what they’re getting.

These sales simply happened from conversations.

Not All A Bed of Roses

And then problems started to arise.

These problems weren’t just isolated to me or my team or the clients. Actually, in hindsight, the problems were a reflection on lack of clear communication.

From what I reflected, because I got too excited and I was selling the Tech Buddy service, I didn’t really sit down and take time to figure out exactly what it was that these people needed. There’s now two people paying me roughly $1,500 a month, and because I wasn’t clearly communicating and setting expectations, this added another load onto my mental bandwidth.

And because expectations weren’t set right, this led to issues with the team.

As good as my team is, it was very unrealistic for me to think that they will get the idea in my head when I haven’t fully explained it to them. It also doesn’t make sense to think that because I understand something, they’re going to understand it as well. 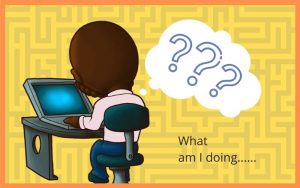 And because there are some things that they don’t understand, they end up taking much longer to do things than they should. This then causes stress for whoever is executing the task.

Now, in terms of issues with the clients, because the expectations were unclear, there were a few unfavorable things that happened.

For example, with one of my clients, I could not for the life of me get them on a call. And these calls are important for me to give them a breakdown of what’s been done or to get feedback from them on the work that’s been done.

This then created an issue whereby the team would do the work, I would then look at the work, and I would be happy with the work based on what I understood the client wanted. And when we showed it to the client, the client would give feedback saying that’s not quite what they were looking for.

We ended up having to do the work two or three times because there were no clear expectations set and there was no there was no discussion around how the work would be assessed.

I’m personally taking this experience as a learning point.

The team and I realised that there are holes in our game that we need to fix. And those holes can either be fixed by bringing in somebody who is more proficient, or we can just practice until we’re actually good at doing that thing so that we don’t increase the cost of delivering those goods.

Solving the Issues at Hand

Now I want to talk about how these issues have been addressed. And it goes back to the learning points.

The core of the issue, I believe, is communication and expectation setting.

If I have an idea of what needs to be done, I have to get it in writing or ask in such a way that the client sees that I understand what they need, instead of just jumping to conclusions and then barreling in headfirst to do the work only for the work to be wrong.

The second thing that I’m going to do (along with the team) is to be clearer on the expectations that the clients have. This means to be clear in terms of what they can expect from us as we deliver the type of the service, and more importantly, what we expect from them. 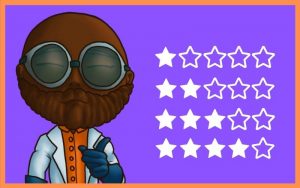 It’s a challenge whenever you can’t communicate to fix a problem that you know exists because you don’t have feedback.

The next issue to be addressed is to create the markets or conversion assets for the Tech Buddy service. Once we create that, it’s easy to say who this is for and who it’s not for.

It’ll also be easier to set expectations such as how it works, how we communicate, what we expect from the client and what they should expect from us, and all that good stuff.

Where the Rubber Meets the Road

So that’s the background of how I made the sale from a service that I hadn’t thought about that eventually developed into a business.

This is where the rubber meets the road because the issues that we had with the Tech Buddy service highlighted to me the things that we need to have in place. 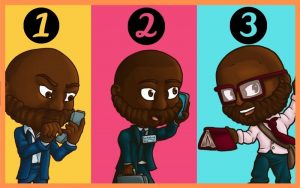 At the moment, everything we’re selling is to audiences who already know of me. And the manner in which I was able to make my current sales would’ve been so much better if there were marketing assets or conversion assets that inform people about the service and talk about the problems that the service solves.

That’ll make things so much easier so that whenever I speak to them through a sales call (after finding me through a guest expert session), they are already aware beforehand of what the service exactly is.

The next step for the business is to start planning the websites and sales pages to build out this entire ecosystem.

And as always, I’ll show you the behind the scenes as I build this ecosystem.

So when I mentioned that the rubber meets the road, this is where we actually start putting things together for the market to see and give feedback on.

I hope you’ve enjoyed reading this blog post and I will speak to you on the next one.